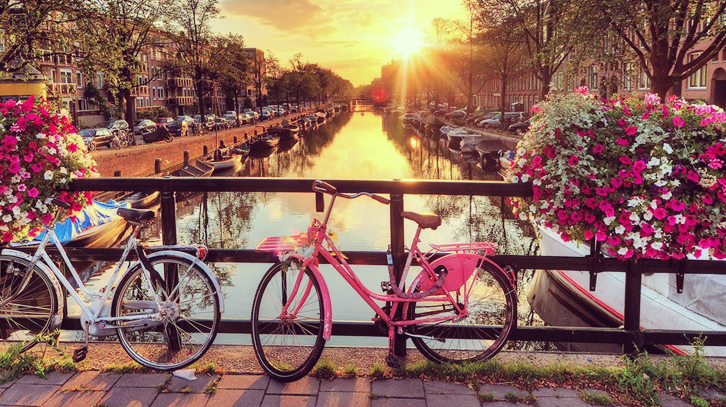 “Have you ever seen a city as beautiful as Amsterdam with all their canals and little streets? You cannot miss Amsterdam during your trip through Europe!”
― Fleur Rockx (People of Tomorrow living in Amsterdam)

Amsterdam, the capital of the Netherlands is world-famous for having more bikes than people, the pretty canals and their red-light district.

They're known as a tolerant, progressive city with a diverse culture and an active nightlife.

Take a cruise on Amsterdam's canals and visit the Anne Frank's house where she wrote her famous diary during the Second World War. Discover Vincent Van Gogh's art in a museum entirely dedicated to him or visit one of the many other museums.

Stroll through the Jordaan, a neighbourhood, with narrow alleys, leafy canals lined with 17th-century houses, charming shops, cafes and designer boutiques. Enjoy a night out at Leiden Square, where you can choose from hundreds of bars, restaurants and nightclubs.

The next day you can relax in Amsterdam’s most famous park, Vondelpark.

Amsterdam, you are amazing!